Skip to content
Posted inPlaces
Posted by By admin February 3, 2022No Comments 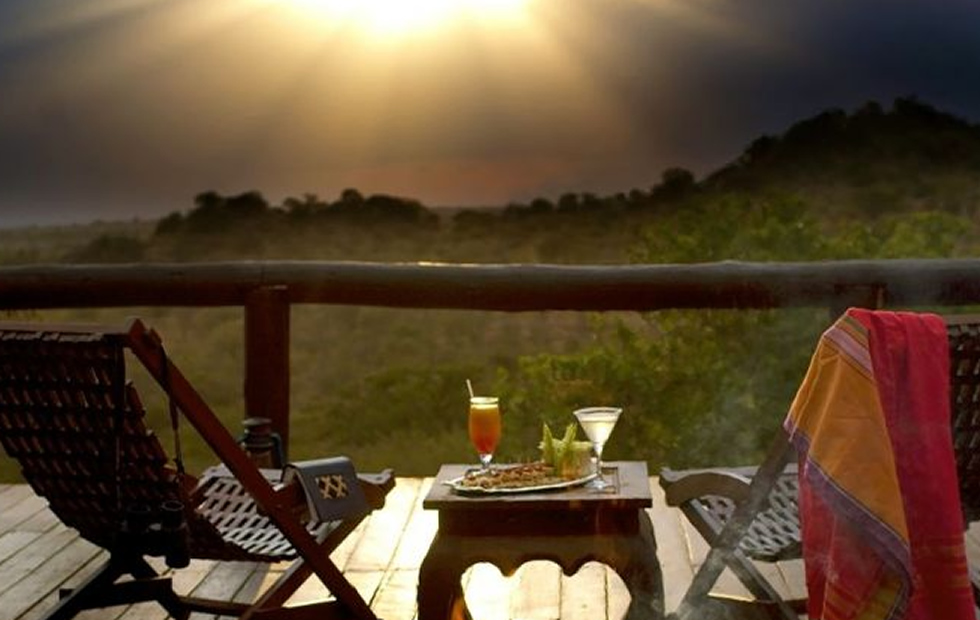 Tanzania is home to some of Africa’s most famous national parks and natural attractions, including majestic Mount Kilimanjaro. Consequently, the most popular things to do on a luxurious Tanzania safari are the safaris and wildlife-related adventures.

Most visitors will find themselves passing through Dar es Salaam and heading out to the wilderness areas and other destinations. For those who want to spend some time soaking up the sun, the beautiful beaches of Zanzibar beckon. Off Pemba and Mafia islands is another kind of natural wonder, appreciated by the scuba divers and snorkelers who come here from around the world to experience the coral gardens, colorful fish, and crystal clear waters.

Mount Kilimanjaro is Africa’s highest peak (5,895 m) and Tanzania’s most iconic image. Mount Kilimanjaro National Park, unlike other parks in northern Tanzania, is not visited for the wildlife but for the chance to stand in awe of this beautiful snow-capped mountain and, for many, to climb to the summit. Mount Kilimanjaro can be climbed at any time, although the best period is from late June to October, during the dry season.

Kilimanjaro, a World Heritage Site, was formed over 1 million years ago by volcanic movement along the Rift Valley. Three volcanic cones – Shira, Kibo and Mawenzi – came to be about 750,000 years ago. The highest point is Uhuru Peak on Kibo, which is one of the Seven Summits of the world.

The mountain rises from farmland on the lower level to rain forest and alpine meadow and then barren lunar landscape at the peaks. The slopes of rain forest are home to buffaloes, leopards, monkeys, elephants and eland. The alpine zone is where bird watchers will find an abundance of birds of prey.

Serengeti National Park is a vast treeless plain with millions of animals living here or passing through in search of fresh grasslands. It’s most famous for the annual wildebeest migration but you can also see the Big Five here, and nearly 500 species of birds have been recorded on the Serengeti.

As the second largest national park in Tanzania, the Serengeti attracts tens of thousands of tourists each year. The best months for wildlife viewing in Serengeti National Park are between June and September. The wet season is from March to May, with the coldest period from June to October.

The annual migration of over 1.5 million wildebeest and hundreds of thousands of zebra and gazelle takes place in May or early June. This migration is one of the most impressive natural events and the primary draw for many tourists.

The island of Zanzibar, also called Unguja, is a major holiday destination in Tanzania and known for its beautiful beaches. Part of the Zanzibar archipelago, which consists of the islands of Zanzibar and Pemba, this island has some of the best beaches in the world. The surf varies depending on what side of the island you are on, but visitors will find soft white sand and clear shallow water, along with traditional boats lining the shore.

Located between the Serengeti and Lake Manyara, the Ngorongoro Conservation Area is home to the famous volcanic Ngorongoro Crater and is one of Tanzania’s most popular wildlife viewing areas. This huge volcanic crater has a permanent supply of water, which draws thousands of animals who stay in this area rather than migrating.

Visitors come here primarily for viewing large animals and bird watching. Thousands of animals can be seen on the crater floor, including lions, elephants, rhinos, Thomson’s gazelles, and buffaloes, but wildebeests and zebras account for over half of the animals that call the Ngorongoro Crater home.

Bird watching is superb, especially around Lake Migadi, which attracts flocks of flamingoes to the shallows. Hippos are content to submerge themselves during the day and then graze in the nearby grass in the evening. The Ngorongoro Crater is the largest intact ancient caldera in the world, nearly three million years old. The Ngorongoro volcano was one of the world’s tallest mountains before it exploded and collapsed.

Also of interest in the conservation area is the Olduvai Gorge. This important archeological site has revealed ancient skull and bone fragments that have delivered critical information about early mankind.

The Olduvai Gorge is an archeological site situated on a series of fault lines, where centuries of erosion have revealed fossils and remnants of early mankind. As early as 1911, a German professor found some fossil bones while looking for butterflies in Olduvai Gorge. In a later expedition, the Leakeys collected skull fragments, a skull, and bones determined to be approximately 2 million years old. Tools and hunting weapons from 1 to 1.5 million years ago were also discovered in Olduvai Gorge.

Lake Manyara National Park is comprised of forest, woodland, grasslands, and swamps. Two-thirds of the park is covered by water and Lake Manyara is host to thousands of flamingoes, at certain times of year, as well as other diverse bird life. The highlight of Lake Manyara Park is the large population of elephants, tree-climbing lions, and hippos, which can be observed at a much closer range than in other parks. This park is also home to the largest concentration of baboons in the world.

Tarangire National Park, established in 1970, is a fantastic area for wildlife viewing. It is best visited in the dry season from July to September when the animals gather along the river.

During the dry season, Tarangire National Park has one of the highest concentrations of migratory wildlife. Wildebeest, zebra, buffalo, impala, gazelle, hartebeest and eland crowd the lagoons. The park is also known for its large population of elephants, and the baobab trees that dot the grassy landscape.

The park is excellent for birdwatching, with more than 300 species recorded in Tarangire. These species include buzzards, vultures, herons, storks, kites, falcons and eagles.

Pemba Island is the northernmost island in the Zanzibar archipelago. Around Pemba are many desert islands and some of the best scuba diving in the Indian Ocean, with visibility that is unparalleled. Coral gardens, colorful sponges and sea fans are all found in the underwater haven. The city of Chake Chake, the main population center on Pemba, is a popular base for scuba divers.

Pemba is less visited than Zanzibar and as a result has a more laidback atmosphere. The island is hilly with deep valleys and it has become popular with mountain bikers who are drawn to the 1,000-meter peaks. Just offshore, one spot not to miss is Misali Island Beach. This incredible white-sand beach is on an uninhabited tropical island. Pemba is a major world clove producer and is also well known for the juju traditions of medicine and magic. People come from throughout East Africa to learn from the voodoo and traditional healers or seek a cure.

Stone Town is the cultural heart of Zanzibar and little has changed in the last 200 years. The grand old Arabian homes lining the narrow streets and winding alleys give the city its own unique charm. The majority of homes in Stone Town were built in the 19th C when Zanzibar was one of the most important Swahili trading towns in the Indian Ocean. Visitors will notice the bras-studded, intricately carved wooden doors on many of the houses.

As the world’s oldest functioning Swahili city, many of the landmarks in Stone Town have been restored to their original glory. Some of the historic buildings are now museums and tourist attractions. The town also has a couple of interesting old churches of historical significance.

Selous is the largest game reserve in Africa. The southern area is a forbidden zone that is undeveloped, heavily forested, and contains a series of steep cliffs. Travelers are limited to the area north of the Rufiji River. This area of the Selous Game Reserve has large open grassland, woodlands, rivers, hills and plains.

The Rufiji River bisects the Selous Game Reserve and has the largest catchment area of any river in East Africa. The river is an important feature of the reserve providing the opportunity to watch the diverse water-based wildlife. A broad range of wildlife can be found including elephants, hippos and rhinos as well as buffalo, antelope, giraffe, warthog, wildebeest, lion, leopard and cheetah. The diversity of bird life in Selous includes over 350 recorded species.

Arusha National Park, although smaller than most in Tanzania, has a range of habitats that consist of the forest of Mount Meru, Ngurdoto Crater in the southeast section of the park, and Momella Lakes, a series of seven crater lakes. Black and white Colobus monkeys are easily spotted in the forested area while the marshy floor of the crater is dotted with herds of buffalo, zebra and warthog. Momella Lakes is home to a large selection of resident and migrant waterbirds. People come here to see wildlife and also to climb Mount Meru.

Mount Meru is one of the most beautiful volcanoes in Africa and the second highest mountain in Tanzania. The summit is reached by a narrow ridge, which provides stunning views of the volcanic cone lying several thousand feet below in the crater. The ascent is steep but the route passes through parkland, forest, a giant heather zone and moorland.

In 2008 Ruaha National Park became Tanzania’s largest park. It is home to large herds of buffalo and gazelle, and has one of the largest concentrations of elephants in Tanzania. The Great Ruaha River is the main feature of Ruaha National Park, providing magnificent wildlife viewing on the banks. The river also provides much of the electricity to Tanzania through a hydroelectric dam at Kidatu.

Ruaha National Park is the least accessible park in Tanzania and as a result the landscape remains relatively untouched. Birdwatcher’s can enjoy over 400 species of bird that are not found in northern Tanzania, and the river, spectacular gorges, and majestic trees are especially appealing to photographers.

Gombe National Park, also sometimes called Gombe Stream National Park, is primarily for those who want to get a little off the beaten track and sees chimpanzees. This is one of the smallest national parks in Tanzania and is famous for the work of Jane Goodall. This British researcher arrived in 1960 to study the wild chimpanzees and her work turned into what would become the longest running behavioral research program of its kind in the world.

Guided walks take visitors into the forest to observe chimps in the wild. Many species of primates and mammals live in the park. Over 200 bird species have been recorded in the tropical forest, including barbets, starlings, sunbirds, crowned eagle, kingfishers and the palm-nut vulture.

The best time to take a safari in Tanzania

The best time to take a safari in Tanzania depends on the park you are visiting. For Tarangire National Park and the Selous Game Reserve, July through October is the best time to visit. If you are heading to Katavi National Park, plan for August through October. Serengeti National Park sees most of its visitors from June through September, although the high concentration of animals year-round makes any time good. That said, most people don’t visit in the rainy season of March and April.

The best beaches in Tanzania

The best beaches in Tanzania are located on the island of Zanzibar, where you’ll find impossibly white sands lapped by turquoise waters. Some of the top beaches include Nungwi Beach; Kendwa Beach; and Paje Beach, one of the top kite-boarding beaches on the island. Other notable runners-up are located on Pemba Island (Misali Island beach), and on Mafia Island (Utende Beach).

12 Tanzania Parks to Visit on Self Drive

Can You self drive in Uganda?