Skip to content
Posted inExperiences
Posted by By admin August 3, 2017No Comments 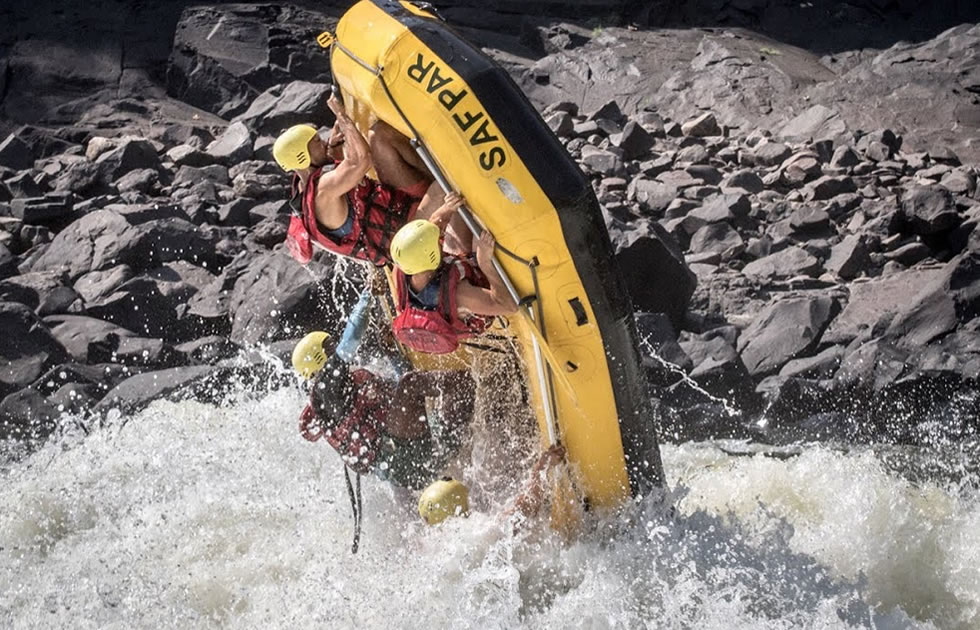 If this Class IV-V stretch of Africa’s fourth-longest river were in the litigious U.S., it’s likely no outfitter would have enough liability insurance to commercially run it. But OARS, which financed the first descent of the Zambezi back in 1981, is back in Africa with a brand-new eight-day trip that combines a four-day paddle with a three-day Botswana Safari.

The ride starts at the base of 360-foot Victoria Falls, passes the sheer rock walls of the Batoka Gorge, and floats class V rapids like Stairway to Heaven, Oblivion, and Gnashing Jaws of Death, which swallow rafts whole. But at least it’s not a crocodile that’s swallowing the raft. A helicopter ride back to the start provides an excellent overview of massive Vic Falls, then it’s on to wildlife heaven in Botswana’s Chobe National Park, where lions, hyenas, zebras, wildebeest, elephants, and giraffe roam wild and free. $2,895; best time to go is September.