Skip to content
Posted inExperiences
Posted by By admin November 4, 2019No Comments 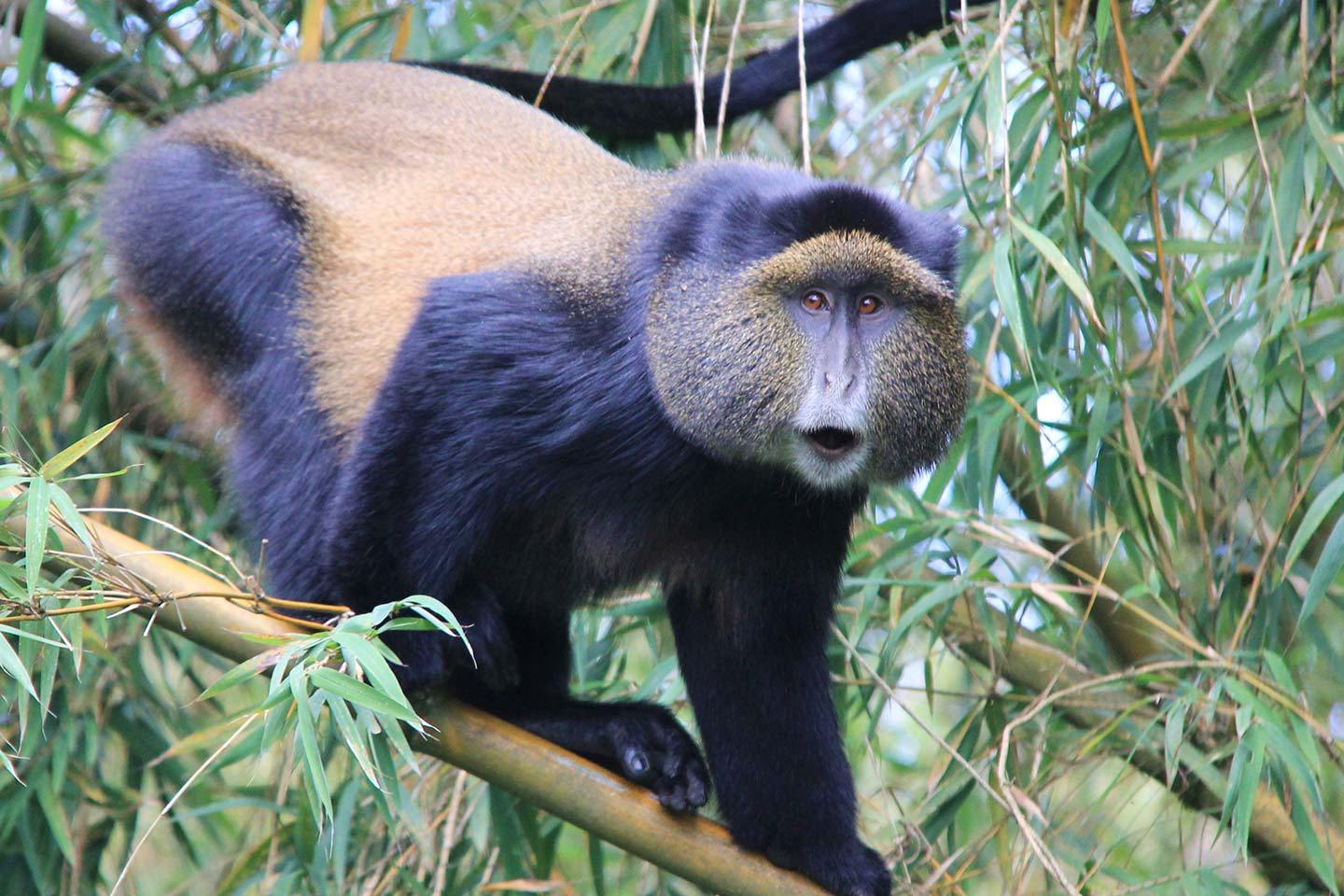 Referred to as the land of a thousand hills, Rwanda is an amazing destination to visit a holiday to Africa. Located in Central Africa, more tourists are traveling to this country that is greatly recovering from the 1994 terrible genocide. The country is most renowned for gorilla trekking, an adventure that travelers embark on in Volcanoes National Park located in the northern part of the country. Apart from being the best gorilla safari destination in the world, Rwanda is a home of many other primate species in her deep equatorial rain forest jungles.

Most of the primates in Rwanda can be tracked in the forests of volcanoes national park and Nyungwe forest national park that has one of the oldest and extensive equatorial rain forests in Africa. Nyungwe forest stands at a relatively higher attitude and has over 13 primate species including the endangered owl faced and golden monkeys. The forest has well developed walking and hiking trails including the 50 meters high canopy walk to ease the trekking process by tourists on a primate safari. The primate species that can be tracked in Rwanda especially in Nyungwe forest include;

Sighting a chimpanzee may be a little difficult because of their constant high speed locomotion’s especially in the large tree branches and higher canopies of Nyungwe forest. The good news is that Nyungwe forest has clear tracking trails, a canopy walk and the park authorities are planning to create more walking trails in order to ease the trekking process. The canopy walk is high enough and can therefore enable a tourist on a chimpanzee trek to easily view the chimpanzee individuals that like staying in the top Nyungwe forest canopy layers.

Though chimpanzee tracking in Nyungwe forest is possible at any time of the year, it can be best done during the dry seasons with limited rain interferences in the hiking and trekking process. The major problem with tracking chimpanzees in Nyungwe forest in the rainy season is that the chimpanzees usually go to Uwinka and the colored trail which necessitates a tourist to make an extra payment to track them. The chimpanzees here are sometimes very unpredictable because they can suddenly make noise and keep quiet at once without you seeing them.

Chimpanzee tracking permits can be got at the Rwanda Development Board offices in Kigali or through a trusted tour operator. Tourists going for primate tracking safaris should note thatthere are no available vehicles to transport tourists to Nyungwe forest national park and therefore they should make their own arrangements with tour operators especially it’s their first time in Rwanda or hire vehicles early enough to avoid disappointments. There are three major reception areas in the park where tourists are supposed to meet for briefing before going for tracking and they include; Uwinka, Gisakura and Katabi.

These are among the endangered monkey species in Africa and they reside in the rain forests of volcanoes national park in the Virunga volcanic ranges. They have bright orange fur and they can therefore be easily identified even when in the deep evergreen jungle forests. Tourists interested in trekking these primates should make early bookings because they are visited only once a day.

Just like mountain gorilla permits, golden monkey tracking permits can be got from the Rwanda Development Board offices or through a trusted tour operator however early bookings should be made to avoid disappointments. A visit to volcanoes national park will also give you a chance to view the rare mountain gorillas in their natural environments.

All those to track the golden monkey are expected to arrive at volcanoes national park head quarters at Kinigi early enough for guide allocation and briefing.

They are commonly referred to as Rwenzori colobus; they are also among the Big-4 primates in Rwanda and also inhabit the great evergreen jungles of Nyungwe forest. The Rwenzori colobus mainly depend on plant leaves for food and can be easily differentiated from other primates by their general black color and snow white on the whiskers, shoulders and tail tips.

These rare monkeys live in groups and are also very mobile. Nyungwe forest has many of them with a habituated group having over 200 colobus monkey individuals. All the tourists interested in seeing the Rwenzori colobus monkeys (black and white colobus monkeys) are advised to visit east Africa especially Rwanda or Mount Rwenzori national park in Uganda because the monkeys are endemic to the Albertine region meaning that it’s where they can only be seen.

This is a little shy and it’s closely related to the L’Hoest monkey. It’s called an owl faced monkey because its noise resembles a beak and its face looks exactly like an owl. Sighting these unique monkeys is by chance because they spend most of their time hiding in the thick Nyungwe equatorial forests and they can therefore be seen after long hours of hiking deep in the jungle.

They are dark bodied and white beard monkeys that can also be tracked in Nyungwe forest. They are endemic to the Albertine region and can therefore only be seen in Bwindi impenetrable and Rwenzori national parks in Uganda as well as Gishwati and Nyungwe forests in Rwanda. In Nyungwe, the L’Hoest monkeys can easily be sighted at the Uwinka reception area. Red tailed monkeys, silver monkeys, crowned monkeys; grey-cheeked mango bay, Vervet monkeys, olive baboons and many others are among the outstanding primates that can also be viewed in Rwanda’s Nyungwe forest.

Tourists visiting Rwanda for primate tracking should not be worried about accommodation facilities because there are well established lodging and camping facilities in all national parks. The main ones where a tourist can choose from include Sabyinyo silverback lodge, Virunga lodge, volcanoes lodge in volcanoes national park, Nyungwe forest lodge and Nyungwe top view hotel in Nyungwe forest national park and many others.

The primate tracking areas can easily be accessed from Rwanda’s capital Kigali especially by road transport using a 4X4 or a coach/ bus.

Most Popular Congo Safaris to Book in 2019