Skip to content
Posted inExperiences
Posted by By admin February 3, 2016No Comments 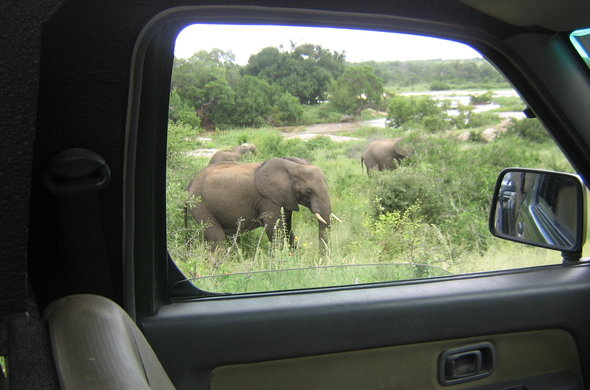 If you are fond of traveling and wish to experience the varied beautiful and wildlife, then you should visit Uganda which is the pearl of Africa. A visit to Uganda is not merely a simple journey but offers the golden opportunity to the traveller. Like a rainbow that colours the infinite sky, Uganda paints the world with his magical hues. Uganda is a dream holiday destination that rewards every traveler with his endless tourist attractions. It is home to a number of worldwide famous travel destinations.

At many national parks, you can arrange walks of two to three hours in the early morning or late afternoon, with the focus on watching animals rather than covering distance. Following the walk, you will return to the main camp or lodge or lodge, or to fly a camp. Multi-day or points to point walks are available in some areas, as are combination walking-cycling-hiking itineraries with side trips vehicle into parks to see wildlife.

In Uganda, opportunities include everything from tracking gorillas and chimpanzees to bird watching walks in Bwindi impenetrable national park and Kibale forest national park, to wildlife walks in Queen Elizabeth, Kidepo valley and Lake Mburo national parks, to climbing Mt Elgon or trekking in the Rwenzoris Uganda is blessed with many species of birds though some are migratory. They migrate from Europe during summer and then go back seasonally. In Uganda we have so many places where you watch birds and most of them are national parks and swamps or wetlands.

Bigodi wetland is found in Kibale national park at Kanyanchu visitor center. It’s a home of around 200 species of birds, as well as butterflies and eight different species of primates. Some of the birds found here include, papyrus gonolex, white winged warbier and great blue turaco.

At semuliki, bird watchers come for the central African species, such as the Congo serpent eagle, residing at their eastern limit. At least 133 of the 144 Guinea- Congo forest species have been recorded here and nearly 50 species are found know where else in East Africa.

Busingiro tourist site is located 40 km west of Masindi on Bulisa road. This is known for bird watchers since it’s a great place to add yellow- footed fly catcher and African pitta to your spotting list. The Royal mile is regarded by many to offer the best bird watching in the whole country, both because there are some rare species but because sightings are so easy.

Kazinga channel in Queen Elizabeth National Park connects Lake George to Lake Edward. Many people come to cruise on this because its hosts bird life in abandacy.Some of the birds found here include. Pink-packed pelicans, fish eagle, great blue turaco and many more.

In Kidepo national park, the birds check list is approaching 500 species and there are so many Kidepo specials; birds like ostrich, pygmy falcon, secretary bird, Karamoja appalls and Abyssinian ground horn bill that are found in no other Ugandan national park

In Lake Mburo national park, birds can be seen while on boat trip on Lake Mburo which is the largest among the five lakes found in the park. Here birds include water birds, fish eagles and other species can be traced in Rubanga forest which has a closed canopy in some places though most of the birds here not recorded on park’s official list.

Although some wild life lodges have restrictions on children under 12 years, most lodges handle practicalities with aplomb, whether it’s the extra bed or cot, or serving buffet meals for fussy eaters; some lodges even have children’s play grounds and almost all have swimming pool.

Budget hotels are probably best avoided for hygiene reasons. Most midrange accommodation should be acceptable, though it’s usually only top-end places that caters specifically for families. Camping can be exciting, but make sure little ones don’t wander off un supervised. They are grouped in three groups.

Most midrange safaris use lodges, where you can expect to have a comfortable room and to eat in a restaurant. In general, you can expect reliability and reasonably good value in this category. A disadvantage is that the safaris may have a packed- tour atmosphere, although this can be minimized carefully selecting a safari company and accommodation, and giving attention to whom and with how many other people you travel. Expect to pay from about us$100 to us$ 150 per person per day. Examples of midrange lodges or campsites include Red chili rest camp in Murchison falls national park, Kyambura game lodge in Queen Elizabeth national park, Gorilla mist camp in Bwindi impenetrable forest national park and others

Most budget safaris are camping safaris. To minimize costs, you can book a car hire in Uganda, drive and camp or stay in basic guest houses, travel in relatively large groups and have no-frills meals. In some areas the camping grounds may be outside park boundaries to save on park entry fees and High Park camping fees; however, this means you may lose time during prime morning and evening wildlife viewing hours shuttling to and from the park. Most budget safaris also daily km limits on the vehicles, meaning the driver may be unwilling or un able to follow certain lengthier routes. Expect to pay about us$70-us$100 per person per day. Examples of budget lodges and campsites include UWA campsites in semuliki national park, Ishasha camp in Queen Elizabeth national park, Buhoma community Safari vehicles are usually child-friendly, but travelling between towns on public transport is rarely easy. Car sickness is one problem, as are bathroom stops. Functional sit belts are rare even in taxis and accidents are common; a child seat brought from home is a good idea if you are hiring a car or going on safari.

In Uganda, most tourists arrange guided trips with tour companies and they provide them with safari vehicles to their destinations. Alternatively there are also many car rentals around Kampala which rent tourists cars. More so there is an option of public transport which includes boarding buses, taxis to different destinations. Some of the buses include Karita, Gaaga and others

Any time you can go, the experience will be incredible no matter when you go, but there are advantages to different times of the year. It’s generally easier to track gorillas in the rainy season (April to may and September to November) because they hang out at low altitude. You may also get better photos in the rainy season, assuming it is not raining at the time you are with the gorillas, because they want to sun bathe after getting wet.

The busiest times on the mountains are December to February and July to August. Scoring permits takes more effort during these months, but that won’t matter if a tour company is handling things for you.

While price can be major determining factor in safari planning, there are other considerations that are just important;