Skip to content
Posted inAnimals
Posted by By admin December 7, 2011No Comments 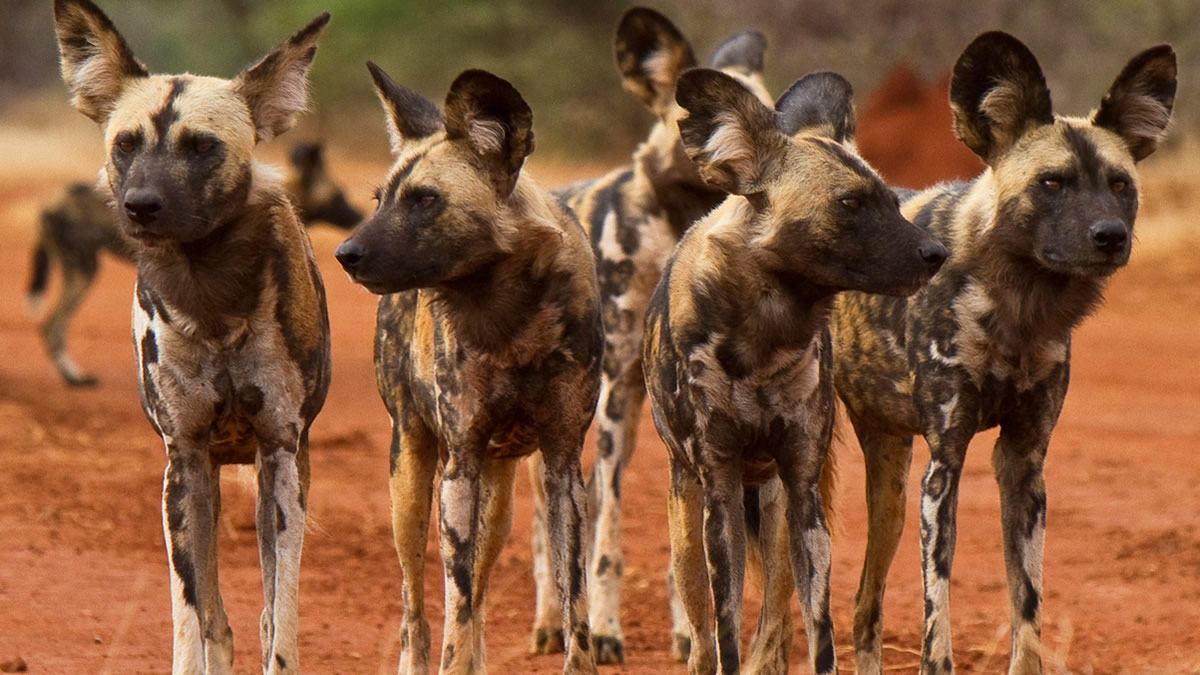 Intense speed and pack cohesion. These two words can be associated with two of Africa’s top predators, the cheetah (Acinonyx jubatus) and the African wild dog (Lycaon pictus).They are two of the most sought after predators that tourists and photographers pay top dollar to experience their elegance, grace and hunting skill. Unfortunately, they are also two of the rarest predators in the world. If anyone has had the luck or the privilege to spend some time in the presence of these animals, they would understand how physically and evolutionarily adapted they are to survive.

Everything about the cheetah exudes speed and agility. From its extremely flexible back and tail, to its long legs that stride further than any other cat. This animal is built for speed. Wild dogs are not as fast (relatively speaking), but what it lacks in speed it makes for in pack dynamics and stamina. I have been fortunate enough to see a cheetah at full tilt, and to have witnessed the supreme confidence and co-operation of a wild dog pack. As such, I have loved and respected these two species and will and have come to understand the unique problems they face on a day to day basis.

Cheetahs in areas where there are other predator populations, tend be on the lower end of the predator survival scale. They have adapted a lightweight, streamline frame which facilitates speed, and as such they have lost size, strength and aggression. Because of this, they lose kills, have high cub mortalities and are killed themselves by lions, leopards and hyenas. There is also the problem they face regarding in-breeding, as there genetic diversity is limited. This is very important as it is thought that due to a massive decline in cheetah populations thousands of years ago, our current populations came from an original stock of only a couple of hundred individuals. This leaves them more susceptible to diseases, birth defects and a general reduction in species health.

In terms of wild dogs, their evolutionary adaption to become so social and wide roaming has led to their demise. They constantly search for new hunting areas as this is a behavioural trait, which brings them outside reserves and in contact with domestic dogs and their associated diseases (canine distemper, rabies etc). As they are so social, they transmit diseases very easily, and soon the whole pack will be infected. They are also extremely harsh within the pack, so if one dog acts different or is weaker from the disease, it is often killed by the rest of the pack, which in turn transmits the disease to the whole pack. This all leads to numbers declining and the need for research on the movement, distribution and numbers to done.

As such, I have been in contact with Grant Beverley (field project manager) and Jessica Watermeyer (principle researcher) for a project that has been initiated by the Endangered Wildlife Trust (EWT), Sanparks and Rhodes University within the greater Kruger National Park. It focuses on both these species and looks to identify various facets of their day to day survival and understand developing trends in behavioural and distribution patterns.

The Kruger National Park (KNP) and surrounding conservation areas represent the largest protected area in South Africa that contains viable but unmanaged populations of wild dogs and cheetahs. Previous studies within the park show that there are in general more cheetah and wild dogs in the South of the park as compared to the Northern sections. They have also showed that numbers for wild dogs have dropped from 463 in 1993 to around 120 in 2009, (probably due to competition and disease) while cheetah populations have remained stable, but low at 120-140. These numbers and trends have been very difficult to explain, but with the current study and previous surveys done it will try to uncover the mysteries behind the population numbers and distribution patterns.

The use of space, distribution within the park, and the ecological and anthropogenic (human) factors that influence their population dynamics will be ascertained. Additionally, the project will investigate threats to wild dogs and cheetahs that leave the park, by combing historical photographic and sighting records outside of the national park boundaries, and relating these to changes in land use, attitudes towards predators, and the potential for disease transmission.

The study aims to achieve a variety of goals. It will try to obtain data on the North/South population dispersal of cheetah and wild dogs. It will also try to relate weather and climate patterns to where populations are concentrated, as well as determine what prey species they both focus on in different areas of the park. It will also try to ascertain how much movement there is of cheetah and wild dogs between neighbouring reserves, countries and farmlands. As such, the project will attempt to uncover the mysteries of these two graceful and enigmatic predators that we all love and are privileged to share a country with. Let’s hope we can understand more what drives them and what they need to survive, so our future generations can experience that feeling that we all had when we saw our first cheetah or wild dog.

Impalas: The McDonalds of the African Bush